Bovill > Bovill Americas > Insights > 2020: A regulatory landscape in flux as the FCA contemplates life outside the EU 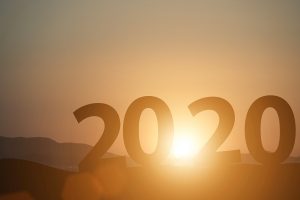 NEWS RELEASE: With 2020 unlikely to be any less tumultuous than the last few years, an uncertain financial environment is obscuring many firms’ regulatory priorities. Financial regulatory consultancy Bovill suggests that firms prepare to keep a close eye on the following areas of regulation over the coming 12 months.

In its recent speech to the UK Financial Services Industry Beyond Brexit Summit[i], the FCA hinted at what the regulatory landscape might look like outside of Europe. Bovill expects greater scope for consultation than we have seen under a regime where rules have been largely made in Europe, potentially giving market participants a greater say in the regulatory direction of travel.

“The UK’s exit from the EU will cast the FCA as much more of a ‘rule maker’ than a ‘rule taker’, a position it has largely adopted in the recent past. This will likely bring much greater collaboration between the regulator and firms when it comes to drafting and testing new rules.”

Now applying to all solo-regulated firms, the Senior Managers and Certification Regime (SMCR) is the regulator’s flagship initiative on culture and governance – one of its cross-sector priorities. The regime emphasises that the responsibility for decision-making is down to individual senior staff, and requires individuals in a range of roles to gain certification from their employers that they are fit and proper for the job.

A recent Freedom of Information (FoI) request issued by Bovill revealed that there were no fines levied under the SMCR regime during its limited rollout to banks and insurers[ii]. However, Bovill expects that the regulation’s wider introduction to the rest of the financial services industry, as of 9 December 2019, will bring with it greater scrutiny for smaller firms and consequent regulatory enforcement.

Since its introduction at the outset of 2018, MiFID II has come under intense criticism from market players, investors and even regulators for the huge operating costs it brought in, purportedly with little positive impact on the consumers it was ultimately designed to benefit.

What’s more, the EU-wide legislation has proved as complex as it is costly. In April, Bovill found that nearly one in four firms submitting transaction data under MiFID II rules filed inaccurate reports during the first 12 months of the new regime[iii].

The European Commission is now looking into targeted amendments to the regulation, with industry players anticipating a consultation in the first weeks of 2020.

“It will be interesting in a post-Brexit context to see how much the FCA will let MiFID II reforms wither on the vine, and rely instead on its own SMCR regime to achieve its desired regulatory outcomes.

“The FCA has flagged that it sees no difference in equivalence between the UK and EU regulators’ aims, but could use different methods of getting there. While the EU will continue to rely on rules with highly prescriptive requirements, the FCA may use SMCR to drive good culture and accountability, eliminating the need for much regulation beyond their Principles and individual conduct rules.”

December 9 saw a raft of new rules for the peer-to-peer (P2P) lending sector, including an investment cap and market knowledge assessment for retail investors. Meanwhile, the Woodford scandal has prompted a review from the regulator of open-ended funds, whose purported liquidity is, according to Bank of England governor Mark Carney, “built on a lie.” The next 12 months will likely bring a shifting landscape for retail customers looking to invest.

A recent FoI issued by Bovill revealed that, since June 2018, more P2P firms have withdrawn their applications for authorisation than have applied[iv]. While uncertainty in the lead-up to the new rules may well have roiled the sector, as the FoI figures suggest, Bovill expects to see consolidation in the market over the next year.

“The new P2P rules, along with a review into open-ended fund liquidity, indicates a broader shift in the FCA’s focus. The FCA always treads a tightrope, of course, in balancing its core principles. But these developments in the retail investment space suggest the regulator is leaning in the direction of consumer protection – though perhaps at the expense of promoting market competition.”

Recent high-profile money laundering scandals have ensured that the regulatory spotlight has remained on financial crime. Indeed, the FCA estimates the amount laundered annually through the UK to be in the region of hundreds of billions of pounds. Tackling financial crime remains a cross-sector priority in the regulator’s Business Plan.

Within the next six months, REP-CRIM – the mechanism by which firms report on potential risk areas for financial crime – could be rolled out more widely, reflecting the recent SMCR expansion. Such an expansion would vastly increase both the detail and overall volume of reporting for smaller firms.

“The tabled extension of the REP-CRIM questionnaire bears a resemblance to the recent SMCR rollout to all solo-regulated firms – and this is more than just coincidence. The regulator is explicitly tying together its governance and financial crime findings. For firms, this will mean greater scrutiny of financial crime risks, within a framework that increasingly pins responsibility to individuals.”

The FCA highlighted its commitment to green finance in October, with a set of proposals to improve climate change disclosures to consumers. Key actions from the regulator’s feedback statement include a requirement for Independent Governance Committees to oversee firms’ ESG policies, and a tougher approach to dealing with the widespread problem of ‘greenwashing’.

2019 also witnessed a flurry of activity from industry and governing bodies drawing up universal classifications for ‘green assets’ – including the Investment Association’s responsible investment framework, as well as the EU’s ‘taxonomy for sustainable activities’.

“Among this burst of regulatory activity around ESG, we’re seeing the emergence of a squeezed middle. This describes companies that are not high-profile polluters with vast sums to invest in rapid transformation, but which may be in a process of transition.

“The question for those drawing up classifications for green and non-green assets is how to measure the transition process. FCA will need to give some flexibility to regulated firms whilst they tackle the practicalities of transition in their investment processes.”

[ii] The response to Bovill’s FoI regarding enforcement actions under the SMCR is as follows:

Q2) How many enforcement investigations opened under the Senior Managers Regime, where one or more of the individuals investigated is a Senior Manager, remain open as of 28 February 2019?”

Your request has now been considered and I can confirm we hold the information you have requested.

Regarding Q1, 19 investigations have been opened under the Senior Managers Regime since it came into force on 7 March 2016.

Note: This includes Senior Managers where their SMF functions are currently inactive or have been withdrawn but the function held is relevant for the purposes of misconduct being investigated.

[iii] The response to Bovill’s FoI regarding transaction reporting under MiFID II is as follows:

[iv] The response to Bovill’s FoI regarding P2P firms’ applications for authorisation, covering the period from 13 June 2018 until 7 November 2019, is as follows:

From 13 June 2018, sixteen firms have submitted applications to be authorised for P2P permissions.

One firm has had its application to be authorised for P2P rejected.

Seventeen firms have withdrawn their applications for P2P.’

The response to a previous FoI, covering the period between when the FCA started regulating P2P in 2014 until 13 June 2018, is as follows:

‘I would like to know, since the FCA took over the regulation of the peer-to-peer (P2P) sector;