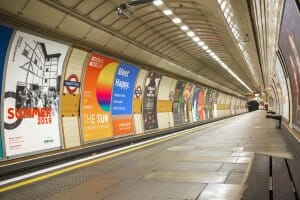 As the number of scams and misleading adverts continues to grow, it’s clear that the rules and definitions around financial promotions will need to adapt.

The focus up until now has been on tightening the rules applicable to regulated firms. But many bad actors are able to get away with fraudulent or misleading activity because of exemptions – an issue highlighted by the FCA’s recent letter to the Work and Pensions Committee.

Current financial promotion rules are largely bound up in legislation that only parliament can amend so changes to legislation will take time. But they are doubtless on the way.

For now, particularly in light of the FCA’s focus on vulnerable customers, it’s worth re-visiting what constitutes a financial promotion and who is most vulnerable to being misled.

In a letter to the House of Commons Work and Pensions Committee in June, FCA chief executive Nikhil Rathi called for reforms to the legislative framework relating to financial promotions, and specifically the Financial Promotions Order (FPO).

The Financial Services and Markets Act 2000 states that only a firm authorised by the FCA may issue or approve a financial promotion.

However, there are exemptions within the FPO that allow unauthorised firms to issue promotions in specific circumstances. Financial promotions made to high net worth individuals and sophisticated investors are subject to such an exemption, for example.

Quite rightly, the FCA considers that exemptions within the FPO concerning high net worth and sophisticated investors are a “significant vulnerability” in the financial promotion regime because they enable unauthorised firms to issue financial promotions to investors without complying with any of its rules.

Increasingly, they are being used to target consumers with inappropriate high-risk investments or scams. The FCA has, as such, called for changes to the exemptions to increase the threshold of so-called high net worth customers and to call a halt to ‘self-certification’ .

This is to be applauded. As it stands, the FPO is ripe for unscrupulous actors at the perimeter to take advantage of consumers in misleading or fraudulent ways. The self-certification regime currently in place is flawed, playing unduly to people’s unrealistic sense of knowledge or expertise when it comes to making sound financial or investment decisions. This is particularly prevalent in the case of trading platforms, which are increasingly drawing in young and novice investors to trade in volatile investments such as cryptocurrency.

Whilst no one would dispute that the current focus on clamping down on bad actors who create misleading financial promotions is a good thing, in practice, the FPO means that disproportionate regulatory emphasis is being placed on a few authorised firms who act misleadingly or fraudulently, rather than the larger and growing cohort of unauthorised ‘cowboys’ who use nefarious methods to promote misleading financial services or investments.

As the CEO’s letter also points out, consumers are being put at risk of harm online through their use of search engines and social media platforms by exposing them to adverts for financial products.

Online scams and promotions of high-risk investments in false or misleading adverts often fall outside the FCA’s jurisdiction, and there are few barriers to them. Fraudsters have unprecedentedly cheap access to an online population of consumers who find it difficult to differentiate genuine offers from the fraudulent.

The FCA accordingly calls for financial harm to be included as an online harm in the government’s Online Safety Bill. It believes these provisions should include online advertising as well as user-generated content.

The regulator is right that financial promotion rules must take account of the increase in online fraud. So too must it take greater account of the changing parameters of consumer vulnerability. Whilst the FCA recently provided guidance on how to ensure vulnerable customers are treated “fairly”, due attention must also be given to how to treat them appropriately depending on their disparate and changing circumstances.

Government and the regulator must both do more

The reforms the FCA is calling for will take time. And there are other changes the FCA should be considering. Increasingly, businesses don’t operate from a single place of business with “boots on the ground” but are often lone actors or organisations that operate in the cloud. This means the focus of the regulator’s current rules and enforcement is sometimes misplaced, allowing single fraudsters to go undetected whilst undue attention is paid to larger organisations.

In reviewing its rules around financial promotions, the FCA should consider changing its purview to take into account not just from where a financial promotion is generated, but by whom, placing greater emphasis on an individual potentially being harmed and who is responsible for that harm.

In addition, it is clear that more needs to be done on the part of the regulator to mitigate the confusion that still proliferates around what actually constitutes a financial promotion in the first place. Particularly online, there are significant grey areas.

As the trend of an increasing number of scams and misleading adverts continues, it is clear that the rules and definitions around financial promotions will need to adapt. At present, a lot of resource is being used to tighten rules applicable to regulated firms.

In relation to high-risk investments and vulnerable customers, it is hard to argue against this. However, the fact that a large number of bad actors are able through exemptions to get away with fraudulent or misleading activity means the emphasis is in danger of being skewed away from the real risks.

Changes to legislation will take time, but the regulator is doing a commendable job of raising these issues pointedly with the government and parliament. For now, firms should brush up on what constitutes a financial promotion and who is most vulnerable to being misled.

The FCA issued guidance on the fair treatment of vulnerable customers earlier this year, and Bovill’s own paper on understanding and meeting the FCA’s expectations can be found here. 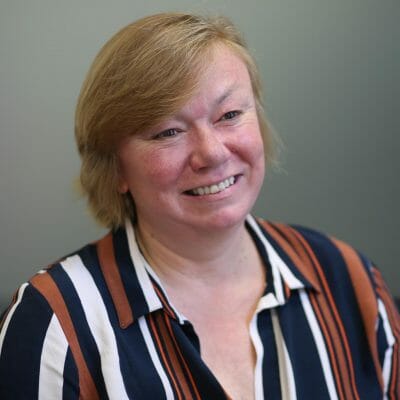 The FCA has now published the last element of its new prudential regime which will come into effe...

The FCA has recently closed the book on its consultation around unused regulatory permissions. As...

The latest FCA Market Watch sees the regulator return to the topic of web-based platforms for tra...