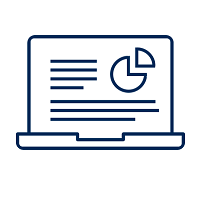 Since the collapse of Lehman Brothers 10 years ago, where many investors suffered significant losses from securities financing transactions with the bank, regulators have kept a close eye on securities lending. As a result of the bank’s failure and the broader financial crisis, the supply and demand for securities lending shrank dramatically but it has since slowly returned. The global market for securities lending covers $2.3tn assets and produced $9.2bn revenue in 2017.

In 2013, the Financial Stability Board published a policy framework identifying the risks posed by SFTs and calling for the strengthened oversight and regulation of shadow banking. The European Commission was first to respond by proposing the Securities Financing Transactions Regulation (SFTR) which started to apply in 2016. Australia and Hong Kong are also in the process of setting new rules, however the US, which produces more than half of lending revenues globally, has not yet taken any action. This global regulatory imbalance may result in regulatory arbitrage as market participants seek to avoid falling under the scope of SFTR and other securities financing regimes.

However, the SFTR has significant extraterritorial impact. When MiFID II and the General Data Protection Regulation (GDPR) came into effect earlier this year, they represented sweeping changes in legislation that affected not only European companies but also their overseas counterparties. Companies engaging with European based firms had to undergo detailed analysis on the implications of each regulation and implement accordingly. SFTR is expected to have a similar extraterritorial impact, including requiring firms that engage in securities financing relationships with European counterparties to report the activity to trade repositories and thus European regulators.

Fund managers that engage in securities financing trades with, or source collateral from a European counterparty are likely to fall within scope of SFTR. The regulation will require firms that engage in securities lending to report up to 153 data fields within a day of trading forcing fund managers that loan out assets, such as stocks, bonds and cash, to disclose new, modified or terminated deals in full. The final reporting rules are expected to be published by the end of 2018 and will start to be phased in a year later. Firms engaging in securities financing transactions with European counterparties or related to European collateral should be conducting an analysis of their business and reporting capability against the draft rules now.