Bovill > Insights > Halving revenue or saving on fines? FCA clamps down on PFOF for brokers 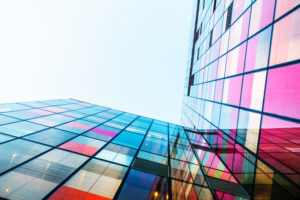 Payment for order flow has been a hot topic for some time, and the latest ‘Dear CEO’ letter to wholesale brokers underlined the FCA’s concerns. The letter – which effectively put the industry on notice – shone a light on a lack of structure, conflicts of interest and reduced competition. Reviewing and addressing these areas should be a priority in making sure you don’t end up in the Regulator’s crosshairs.

Payment for order flow – PFOF – is the broker practice of charging fees to both clients and the liquidity providers on the other side of a trade. As well as being a key part of the Dear CEO letter to wholesale brokers in April, it was included in the following MarketWatch and a previous Dear CEO letter in December 2017.

PFOF – issues highlighted by the FCA

The key issues, in the FCA’s view, are threefold. First, conflicts of interest are caused by the incentive for a broker to route flow to liquidity providers that pay a larger fee. Second, as a ‘pay to play’ system it reduces competition. Finally, few brokers appear to have clear, written policies and procedures for managing conflicts and recordkeeping, even though many claim to have informal structures in place.

The April 2019 paper helpfully develops their thinking, providing more detailed descriptions of the broking process and its impact for PFOF. In the FCA characterisation there are two primary transaction scenarios that need to be considered.

In the case of sourcing exclusive liquidity, the FCA has made its view entirely clear: that the conflict of interest that arises here is unmanageable and therefore that no PFOF should be charged. Where a trade starts as the provision of exclusive liquidity, but the client gives up their right of first refusal, that will be a key point for determining the ability to charge the liquidity provider.

Where there are still some trades which continue to charge both sides, there are steps you can take to meet the FCA’s concerns. You’ll need a clear process for identifying the capacity in which you are acting, for recording that for each trade, for ensuring that you’re acting in a way that is genuinely neutral, and for managing conflicts where they arise. You’ll need to be sure of your position. And you need to be sure that it doesn’t conflict with any of the scenarios the FCA sees as attempts to circumvent the issue.

All brokers should now be considering their arrangements in light of the FCA’s paper. In many cases, you’ll need to review each desk and trader’s broking practices individually, and determine how they fit into the FCA’s schema – if they fit at all! To stay on the right side of the new guidance, desks should be issued clear broking procedures, detailing how standard transactions are processed. Regular compliance monitoring should be put in place, to make sure that agreed practices are being accurately followed.

Responding to the FCA’s Dear CEO letter to wholesale brokers

Bovill is working with the broker community to respond to the FCA’s Dear CEO letter in a number of areas. We can provide a comprehensive healthcheck against all of the issues raised by the letter, and also regularly help firms to develop their regulatory compliance frameworks.

This article is part of a series looking in detail at each of the FCA’s areas of concern.