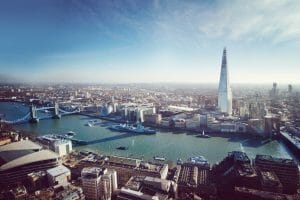 NEWS RELEASE: Research from financial regulation consultancy Bovill reveals that there have been just 34 investigations and one successful enforcement action since SMCR was introduced four and a half years ago, despite the fact almost 50,000 firms are now under the regulation. Bovill suggests that, in spite of the FCA’s best efforts, the effectiveness of the flagship regulation remains under question.

The recent FOI from Bovill shows that from the introduction of SMCR in March 2016 to September this year, the FCA opened 34 investigations, closed 11 without action and only successfully enforced a fine on one occasion. This is despite the regulation being extended to approximately 48,000 solo-regulated firms in December 2019.

Bovill’s research from February last year showed that one individual had been censured from 19 investigation under SMCR. At the time the regime applied to 811 banks, building societies, and credit unions and 546 insurers.

“SMCR was introduced to hold senior individuals in the financial sector to account. But four and a half years after it first came into effect, these numbers suggest that the regime might not have the right tools for the job. Questions should be asked as to why there are so few investigations and punishments, and whether SMCR is fit for purpose.

“It might have been assumed that the extension of SMCR to smaller firms would result in more investigations and enforcement actions, since it could be easier to identify the decisions made in a smaller firm, than a larger one. However, this does not seem to have been the case, with only 15 further cases opened and still only one fine enforced.

“We also don’t believe that the low number of enforcements is a sign that SMCR has been an effective deterrent for Senior Managers, since the case closed without action to enforcement ratio is high.”

The FCA has posted a notice to impose a financial penalty and prohibition for a second individual, but this decision notice has been referred to the Upper Tribunal.

“Covid-19 may have played a role in terms of delaying or disrupting any investigations, and the remote working situation also makes monitoring and reporting misconduct much more difficult. in time, as it has begun to already, the regulator will find ways to adapt and we may see more enforcements.

“As the MAS in Singapore look to introduce a similar regime to hold senior individuals to account in September next year, it will be important for the regulator there to learn from the FCA’s experience with SMCR and what has proven effective or ineffective about the regime in the UK.”

Thank you for your email of 7 September 2020 in which you asked for information regarding enforcement investigations opened under the Senior Managers Regime.

We have handled your email in line with the provisions of the Freedom of Information Act 2000 (FOIA) and our response is below:

“Q1) How many enforcement investigations have been opened under the Senior Managers Regime, since it came into force on 7 March 2016, where one or more of the individuals investigated is a Senior Manager?

Q2) How many successful enforcement actions have been taken, as a result of an investigation opened under the Senior Managers Regime, since it came into force on 7 March 2016, where one or more of the individuals investigated is a Senior Manager?

Q3) How many enforcement investigations opened under the Senior Managers Regime, where one or more of the individuals investigated is a Senior Manager, remain open as of 7th September 2020?”

The FCA has 21 enforcement investigations open under the Senior Managers Regime.

NEWSLETTER: Autumn is here, the summer holidays are over and it’s back to work. While some may be...

One month to AML deadline for retail banks

Those on the receiving end of the Dear CEO letter on AML have just a month left to review their f...