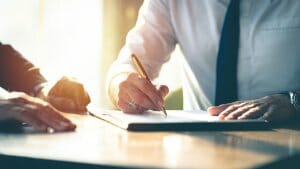 The SEC has approved an Order to adjust the dollar amount of the net worth test in Rule 205-3. The Order, released on June 17 increases the threshold from $2.1 million to $2.2 million. The adjusted threshold is effective as of August 16, 2021.

Section 205(a)(1) of the Investment Advisers Act of 1940 generally prohibits an investment adviser from entering into, extending, renewing, or performing any investment advisory contract that provides for compensation to the adviser based on a share of capital gains on, or capital appreciation of, the funds of a client (also known as performance compensation or performance fees).

Rule 205-3 under the Advisers Act exempts an investment adviser from the prohibition against charging a client performance fees when the client is a “qualified client.”

Rule 205-3 allows an adviser to charge performance fees in two scenarios. In the “assets-under-management test” fees can be charged if the client has at least a certain dollar amount in assets under management (currently $1 million) with the adviser immediately after entering into the advisory contract. In the “net worth test” fees can be charged if the adviser reasonably believes, immediately prior to entering into the contract, that the client has a net worth of more than a certain dollar amount (currently, $2.1 million). It is this threshold that has been adjusted to reflect inflation.

The Bovill teams in Chicago and New York are experts in SEC regulation and can help and advise on any element of the Advisers Act. Get in touch to learn more.

The SEC has approved an Order to adjust the dollar amount of the net worth test in Rule 205-3. Th...

NEWSLETTER: Happy Fourth of July. We are excited to announce continued growth in the US with the ...