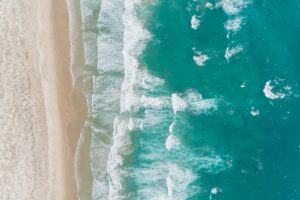 The SFC’s recent $1 million fine of SAOPEL has highlighted that the Hong Kong regulator means business when it comes to the private equity industry. As we look to next year, it’s vital to make sure you’re properly licensed.

The SFC reprimanded and fined SEAVI Advent Ocean Private Equity Limited, known as SAOPEL, $1 million for breach of the SFC’s Code of Conduct. The disciplinary action followed an SFC investigation which found that SAOPEL had allowed its director and an investment manager, both of whom were not licensed by the SFC, to perform regulated functions for its business in regulated activities.

Around 2013, the individuals had introduced clients to invest, answering queries and arranging for the execution of subscription agreements. In addition, the director was found to be receiving introductory fees of US $8,750,000 from the 11 investors introduced by him. He was also employed by one of the investors to provide consultancy services to the firm on a secondment basis. The SFC found that although SAOPEL had been cooperative and had an ‘otherwise clean disciplinary record’, they had failed to ensure that the persons conducting their licensed business were ‘fit and proper’.

In this case, even though the firm itself was appropriately licensed, it failed to make sure its employees were. It serves to illustrate that licensed corporations should review whether staff are approved with suitable licenses to conduct their relevant business functions. Under section 114 of the Securities and Futures Ordinance, no one should carry out regulated activities without an SFC license. The rule applies not only to corporation but also individuals.

The SFC has made it clear this year that it expects private equity firms in Hong Kong to take licensing seriously. Some of the exemptions on which firms had previously relied were no longer valid. The regulator updated the Licensing Handbook in February to clarify the definition of those exemptions. Private equity firms operating in Hong Kong should now have Type 1 License (Dealing in Securities), Type 4 License (Advisory in Securities) and/or Type 9 License (Asset Management), subject to their business models.

Further disciplinary actions due in 2020?

From taking a clearer stand on private equity licensing, to handing out fines within a few months, it’s clear that the SFC is taking its involvement in the sector seriously. Private equity firms should urgently review their business activities to make sure they are meeting the SFC’s regulatory standards. If you work in the sector, you should not only consider applying for new licenses to reduce risk, you should also review your compliance framework to make sure it complies with the relevant SFC requirements, for example the Fund Manager Code of Conduct.

How Bovill can help

Bovill can help you analyse your business structure to check if you are sufficiently qualified under the SFC regulatory frameworks. We can look at both individual and firm level and eliminate potential risk. We can work with you to get the relevant SFC licenses by helping you to prepare licensing forms, draft your business plan, assess the eligibility of your responsible officers and managers-in-charge candidates, and handle the requisitions from the SFC. Get in touch to find out more.