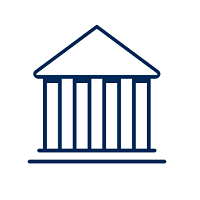 The EU banking reform package has been agreed by European Parliament and is set to come into force by mid-year of 2021. This banking reform package is intended to implement reforms agreed internationally following the 2007-2008 financial crisis to strengthen the banking sector and reduce risks in the banking sector. The package includes Capital Requirements Regulation (CRR) II and Capital Requirements Directive (CRD) V. CRR II also incorporates the changes to market risk proposed by Basel committee in their Fundamental Review of the Trading Book (FRTB).

As the proposals are due to be implemented after the new Investment Firm Regime (IFR) the real impact should only be felt by banks and very large investment firms.

Overview of key elements of package

Credit risk / the frameworks have been amended into two key areas:

New measures will also be introduced to enhance the role of prudential supervisors in combating money laundering and terrorist funding.

CRD V looks set to come into force by the end of 2020 and CRR II by mid-2021 so banks need to be working on how they will implement the proposals.

In the meantime, BCBS have just agreed an update to their 2016 standard on market risk, which is expected to be in force by 2022. The saga continues…