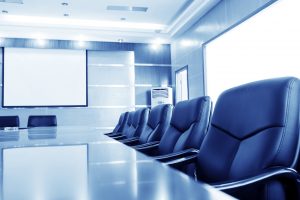 The SFC announcement introducing the new regime stated that the purpose of the MIC was “…to heighten the accountability of the senior management of these firms and to promote awareness of senior management obligations under the current regulatory regime”. However, there are a number of additional likely drivers behind the change.

Hong Kong’s continued development as an international financial centre means that in order to stay competitive and stable, the Regulator wants to ensure that firms are being managed and controlled in the right way. There is also a growing focus across the globe on governance more generally and ensuring that organisations are setting the right tone from the top.

The SFC has also communicated that a firm’s compliance with their regulatory requirements should sit with everyone in the front line, and particularly at senior management level. They also added that there should be less absolute reliance on compliance functions, as well as encouraging firms to take more ownership of detecting misconduct internally, as opposed to waiting until the Regulator comes knocking.

Finally, under existing reporting requirements, there is no systematic way to collect key MI on management structure and non-regulated activities, leaving the SFC with an incomplete picture of the firms it regulates. This was one of the limitations found in the existing Responsible Officers (‘RO’) regime – i.e. identifying who had the real responsibility, where, for example, a CEO was not required to be approved as an RO but less senior employees were.

The MIC regime introduces a number of new requirements for LCs, including:

The deadline for submission of the management structure information and MIC appointment is 17 July 2017, with a slightly extended deadline of 16th October 2017 for submission of applications for any new ROs, i.e. where the Head of a Key Business Line (regulated activity only) or Overall Management Oversight Core Functions were not previously licensed as an RO and are now caught by the MIC.

What should you be thinking about?

In addition, beyond simply meeting the submission deadlines for the various documentation requirements, the true intent of the MIC regime should not be forgotten. In her address to the AIMA APAC Annual Forum back in January this year, Julia Leung (Head of Intermediaries, SFC) stated:

“We urge all corporations to take ownership of the initiative and view this as a good opportunity for firms, especially those which might previously not have had this foremost in mind, to evaluate whether their current organisational structures and reporting lines are optimal, and whether they are properly documented and understood by everyone in senior management.”

The message here is clearly emphasising that the introduction of the MIC should be viewed as an opportunity by LCs to re-evaluate their existing management structures and arrangements are right for the LC and clearly understood and enforced.

How can Bovill help?

Bovill can assist with all aspects of MIC implementation, covering: