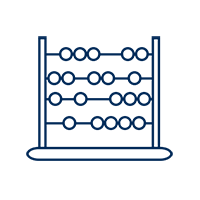 The final texts for the Investment Firm’s Regime (both regulation and directive) are set to be agreed this Autumn and published later this year. The Investment Firm Regime (IFR) is set to come into force in Q2 of 2021 which, as many thought it would be delayed until after European Parliament resumed after the European elections is earlier than expected. There are still several places in the regulation where the national competent authorities (in our case the FCA) are given discretion about how they wish to apply the rules. This together with complication of Brexit means it is still difficult for UK firms to know with certainty how the new rules will affect them. Regardless of what happens in Europe, given how much involvement FCA have had in the proposals, they have said they will issue their consultative paper on how they intend implementing IFR in the Autumn.

The new rules establish a simplified prudential framework for non-banks and the new regulation should result in a more proportionate and risk-sensitive rules for investment firms. Under these proposals, the vast majority of investment firms in the EU would no longer be subject to rules that were originally designed for banks. At the same time, the largest and most systemic investment firms would be subject to the same regime as European banks.

Who is in scope?

The new rules bring in all firms with MIFID activities including firms not currently subject to EBA regulation such as exempt CAD and BIPRU firms.

We set out below notable changes to previous versions of the investment firm regime.

Firms are still divided into three classes but the names and some of the thresholds have changed.

Although the new regulation is looking likely to be implemented in early 2021, firms still have five years where they can use transitional relief, so it may be a while before firms see the full impact of the new regime. Different types of firms have different transitional reliefs, which makes things quite complex:

The final version of IFR requires parent companies to hold enough consolidated capital at group level using similar rules to those in CRR.

However, for simple groups (which the FCA still need to define) with only investment firms in the group, the parent entity can use the group capital test. This means the parent company only needs to hold enough capital to cover the book value of the subsidiaries.

Firms with a balance sheet of greater than €100m may face quantitative and qualitative restrictions on bonuses of more than €50,000.

However, the FCA has the discretion to disapply the provisions for firms with a balance sheet of less than €300m.

The rules set out that all firms need to monitor concentration risk (K-CON) but only larger non-systematic firms need to report their concentration risk. Large exposure limits of 25% of own funds only apply to trading book positions and derivative products. Firms can exceed the limits using additional capital. If a firm does not have a trading book, there are no large exposure limits.

IFR says all firms need to have controls and procedures in place to monitor this risk and hold liquid assets but the FCA have the discretion to exempt small non-interconnected firms from holding a minimum level of liquid assets (currently set as 1/3 of FOR).

As the regulation is more risk sensitive, more risks should be covered by Pillar 1 capital will be covered but for risks not covered by Pillar 1 capital, Pillar 2 capital should be held. Larger non-systematic firms need to do an ICAAP and this needs to set out the nature and level of risks which they may pose to others and to which the firms themselves may be exposed. The FCA have the discretion to ask other firms for an ICAAP and it will be interesting to see how the FCA want to use this in light of their recent paper on firms maintain adequate financial resources.

Non-systemic firms will need to report key metrics quarterly and include the following areas:

Small and non-interconnected firms will only need to report annually. However, the FCA can impose more frequent reporting if they so wish.

This is hopefully the beginning of the end for the more disproportionate parts of CRD for many investment firms. There are still several areas where we wait to see how the FCA will implement the rules and what their approach will be in light of Brexit.

Please get in touch to find out how we can help you prepare for the changes and challenges ahead.