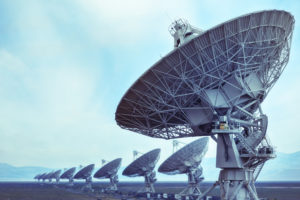 In the latest Market Watch, the FCA have fired another warning shot to remind firms of their obligation to get transaction reports right. Following the recent enforcement cases, this should give a clear message to all firms that transaction reporting is high on the FCA’s agenda and there are no excuses for getting it wrong. And given the Regulator can see your reporting activity without asking, it’s certainly not an area to fly under the radar.

Within the detailed notes and observations of April’s Market Watch on market conduct and transaction reporting issues, there were three key questions for firms:

The FCA highlighted common mistakes they have observed so far:

The presence of these issues brings us to this next question. How would you know about such problems if you aren’t crunching the data? The publication reminded us not only that reconciliations are now a requirement but also that the FCA aren’t guessing when they say that firms are falling short. They can see who has requested the data necessary to run a reconciliation. You can be sure that if the FCA ever asks you if you’ve run the numbers, they already know the answer. So, if your reconciliation is still on a lengthy to-do list, now is the time to bring it forward.

MiFIR requires firms to cancel, correct and resubmit transaction reports when they identify errors or omissions. The FCA have noted that this isn’t happening in all cases and reiterate that without accurate and complete data, their ability to carry out effective market abuse surveillance is impeded.  When errors or omissions in transaction reports are identified, firms must notify the FCA. But the Regulator is concerned that firms are correcting reports without notifying them of the errors or omissions identified using the correct notification form. This reflects what we saw in the response to our recent freedom of information request. The FCA reported that they received only 1,335 error and omission notifications during 2018, although it should be acknowledged that some firms report multiple issues in a single notification. And as with reconciliations, remember that the FCA can see your activity. They can see if you’ve never cancelled a report and may be slow to share your confidence. They can see if you’ve cancelled a stack of reports but also not notified them of your errors. Don’t try to fly under the radar – an open approach with the FCA will save you pain in the long term.

Once again, firms should take note – not only of the specific issues detailed in the Market Watch document issued in April 2019, but also of the need to reconcile reports to make sure they’re complete and accurate.  Any errors or omissions identified must be reported to the FCA in addition to cancelling, correcting and resubmitting reports.  More guidance on how to reconcile your transaction reports can be found here.