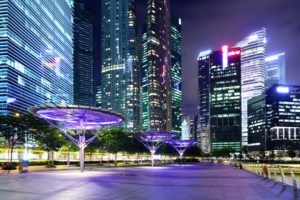 The new Variable Capital Companies VCC framework was launched on 15th January. A statement released by the Monetary Authority of Singapore (MAS) and the Accounting and Corporate Regulatory Authority (ACRA) announced the launch of the initiative, designed to attract more fund managers to domicile in Singapore.

The VCC framework facilitates both open-ended and closed-ended structures, and can be used for traditional and alternative strategies. Existing funds with comparable structures can also be re-domiciled into Singapore as VCCs.

Driven by the VCC Pilot Programme run by the MAS and ACRA in September 2019, 18 Fund Management Companies (FMC) have incorporated/re-domiciled a total of 20 funds as VCCs already.

To encourage fund managers to adopt the VCC framework, the MAS has introduced a VCC Grant Scheme for a 3-year period, in which up to 70% (or S$150k, whichever is lower) of the costs of incorporating and registering the VCC would be co-funded by the Financial Sector Development Fund.

If you’re thinking of using the new VCC framework, get in touch to talk it through

The MAS/ACRA news release is available in full here.