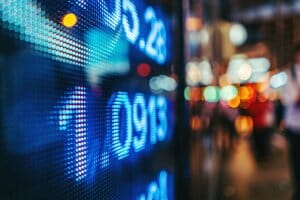 The SEC’s long anticipated report on the ‘meme’ stock experience has not suggested any change to policy. The report looks at the frenzied trading in GameStop and other stocks in January which led to big losses for some hedge funds and an outcry from investors. The report outlines the events surrounding the trading and while it doesn’t recommend any specific changes, it’s a clear indicator that gamification of broker dealer platforms and payment for order flow are very much on the commission’s radar.

What is a meme stock?

It is relatively common for hedge funds and big Wall Street firms to take advantage of a strategy called short-ladder attack, where those institutional investors bet against target companies that are struggling to grow, or whose profits were hit by the pandemic. The investment strategy involves bidding on stock at a significantly lower price through a short selling operation, putting pressure on the share price and driving it lower. Between 2020 and 2021, companies target by these kinds of investors included GameStop (NYSE:GME), AMC (NYSE:AMC) and BlackBerry (NYSE: BB), among others, and their stocks would become known as “meme stocks”.

What was the GameStop frenzy?

This investment trend was identified by a few social media users who published a plan to undermine this short-squeezing strategy and profit from hedge funds’ losses in financial and stocks forums, using Redditt and Twitter platforms. The plan involved recommending individual investors purchase a stock whose price was suffering from the short squeeze. Large volumes of buyers would increase the stock price and force the hedge funds to also buy and cover their short position, feed backing the operation. The first well known target company was GameStop, whose trade volume increased from 10,000 at the beginning of January 2021 to 900,000 at its peak and made the stock price skyrocket 1700%. This event was known as the “GameStop Frenzy”. 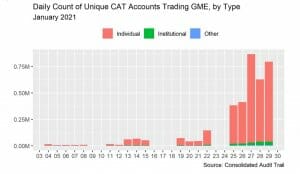 Due to the digitalization of broker dealers, plug-and-play and gaming format, the individual investors found it easy to open their first account with retail brokers such as Robinhood, Charles Schwab and Apex Corporation. Six million new accounts were created, representing an increase of 137% compared with the previous year. Robinhood’s new customers were, on average, 31 years old with a balance of $240, while Charles Schwab’s new customers were less than 40 with under $100,000. In summary, this movement was executed by amateur and unsophisticated investors, becoming a David and Goliath battle.

While some investment advisers profited from their long positions, such as Union Square Park Capital Management who reported a 12.9% gain in January 2021, other advisers had to close their doors. Melvin Capital, a US-based asset manager founded in 2014, lost 53% of the $13 billion the firm was managing and had to bail out, forcing other parts of the equity market to unwind their positions to avoid the same destiny. White Square, the London-based hedge fund, also announced it would close its operations in June 2021, after reporting two-digit losses with GME.

The meme stock experience also increased pressure on retail broker dealers who are required to deposit margin with the clearing houses intended to guarantee the system’s settlement. The collateral demands for GME were up to $7 billion by the end of January 2021 and, with the prices increasing, several brokers blocked individual investors from buying meme stocks to avoid increasing their collateral and eventual collapse.

Nine months later, the SEC has published a detailed report on the meme stock experience. The 45-page study provides a useful summary of events. However the commission does not propose new rules or policy changes, and did not tackle the digital engagement articulation in Social Media. According to the SEC, GME stock price swing factors were (i) frequent Reddit mentions; (ii) significant coverage in the mainstream media; (iii) large volume change and (iv) elevated short interest.

While the commission is not taking more concrete actions yet, another meme stock squeeze movement is possible. In fact, there are several social media groups and discussions on the subject.

What is clear is that a few items are very much on the SEC’s radar:

i. Gamification of broker dealer platforms – broker dealers are offering easy access to high-risk investments with visual incentives such as Robinhood’s confetti animations engaging amateur investors where it is not necessarily in the investor’s best interest.

ii. Payment for order flow  brokerage firms sell the right to execute retail investors’ trades to bigger trading houses, which profit through the difference between the buying and selling prices. Retail brokers offer free stock to new amateur investors and encourage trading, where it isn’t necessarily in their best interests. Gary Gensler, SEC’s chairman, mentioned in August 2021 that a full ban of payment for order flow is “on the table”, and in October that the staff is reviewing its incentives and practices.

For investment advisers, this is another reminder of the importance of clearly recording your investment rationale on a dated memorandum which outlines your analysis and decision-making process. Social media is not a reliable source on which investment advisers should base an investment thesis. If the investment adviser does track online forums, such as Reddit, for potential similar events and anticipated movements, they should always be approached with caution.

It’s always worth mentioning that investment advisers’ employees should be regularly reminded about the firm’s internal Social Media policy through annual training and institution-wide communication. Employees should not engage in inappropriate conversations, share any confidential or proprietary information or contribute to social media discussions, forums or anonymous chats. Continuous training and awareness of those risks together with a pro-active compliance team is fundamental to minimize risks.

The SEC report may not bring immediate regulatory changes but it clearly shows how events earlier this year unfolded through a combination of factors that allowed amateur investors to orchestrate price movements. It looks highly likely that the commission will study similar cases in the future and eventually propose regulatory changes in the market structure that have made them possible. 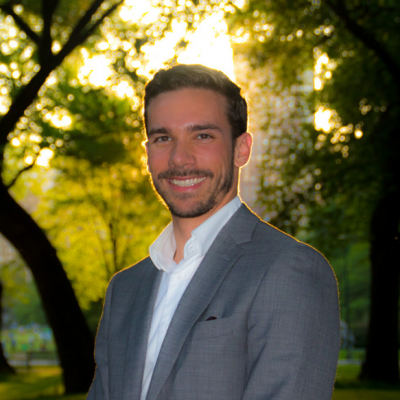 The SEC’s long anticipated report on the ‘meme’ stock experience has not suggested any change to ...

The FATF has updated its 2019 Guidance as part of its ongoing monitoring of the virtual assets an...