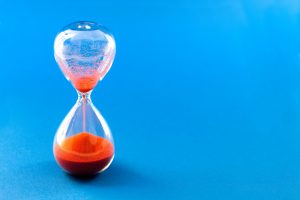 With SM&CR fast approaching, it’s important to make sure you’ve thought about your client assets arrangements and whether you need to make any changes. There may not be a direct transition of responsibility for CASS so you need to understand how your firm will be affected under SMCR and factor it in to your responsibility mapping.

The extension of the Senior Management and Certification Regime to solo regulated firms has been on the horizon for a while. Most firms will have identified which categorisation they will have under the new regime. As such, firms should already be working through their SMCR planning. Part of this is considering which type of SMCR firm they will be:

CASS responsibilities in the SM&CR – what happens to the CF10a

Under the Approved Person’s Regime CASS medium and large firms must have someone in the CF10a controlled function who is responsible for CASS operational oversight. However, under SM&CR this is changing. Instead of one individual being approved by the regulator as the CF10a, the role and its responsibilities will be split between a Senior Manager Prescribed Responsibility, and a Certification Function.

The Prescribed Responsibility for CASS is PR Z and must be given to the individual who is ultimately responsible within the firm for compliance with the CASS rules.  But to add complexity, this could be reflected in different senior management functions.

In Enhanced Regime firms, it is possible that the individual with PR Z will have no other Senior Manager responsibilities due to the firm’s size, governance structure and allocation of responsibilities and duties. If that is the case, the Senior Manager will be appointed as an SMF 18 – ‘Other Overall Responsibility’. Enhanced Regime firms should be aware that an SMF 18 can only be assigned PR Z, they can’t hold any other PR. If they do need to hold another PR alongside PR Z, that will need to be done under another SMF (for example, SMF 16, the Compliance function). This allows for flexibility and accuracy for when firms are mapping their responsibility lines, particularly CASS responsibility lines. It’s worth noting that SMF 18 is not applicable to Core firms, so those firms will need to have a different SMF allocated with PR Z

For many firms, this function equates to the CF10a role seen under the approved persons regime. As well as having this certified individual, firms will still need to have an individual in a relevant SMF responsible for PR Z.  In this case, the firm (and the individuals themselves) must be able to clearly define the respective responsibilities of the Senior Manager and the Certified Individual.

In some firms, the Senior Manager allocated PR Z will also have responsibility for the day to day operational oversight of CASS. In this instance the Senior Manager would not need to be certified as well as holding a relevant SMF.

Don’t forget the current rules, they’re not redundant just yet

Firms should remember that until the SM&CR comes into force on 9th December 2019, the Approved Person regime is still in force. Firms should not get caught in thinking that a CF10a is not needed in the run up to SM&CR implementation. Whether it’s because of a new authorisation application, or because an existing CF10a is departing the firm between now and the SM&CR implementation date, firms still need to have the appropriate individuals in place to perform controlled functions. Equally, firms should not let said individual perform a controlled function role before they have been approved by the regulator, even if that role will be subsumed by the certification regime in the near future.

The key actions for firms are:

As we head towards December and beyond, get in touch if you need any help or advice, with CASS responsibilities or any other element of SM&CR.